Altars in Wurm are used as the focus for religious rituals, including praying to a Wurm diety in order to gain religious faith, and sacrificing goods and animals.

There are four primary types of altars:

There are also two special types of altars on PvP servers which are not craftable by players:

The domain of a deity provides bonuses to all their followers, priests and champions. An altar provides a portal from which a deity may funnel their domain into the lands of Wurm and also a place where followers may pray or sacrifice in respect to their deity.

When standing on a tile in the domain of your deity any follower, priest or champion will receive a small bonus to some of their skills, such as fighting skill. These bonuses vary between gods. The strength of the bonus is affected by many variables such as the follower's faith and alignment, the distance from the altar, and the altar's QL. The material type of an altar has no effect on domain influence or bonuses; it is strictly cosmetic.

The distance of influence for a domain depends entirely on the QL of nearby altar(s). The highest quality, and therefore most influential, will control the domain in the area.

In the below example, an altar of Fo and an altar of Magranon are within 4 tiles of each other. The resulting domain influence for each tile is pictured. 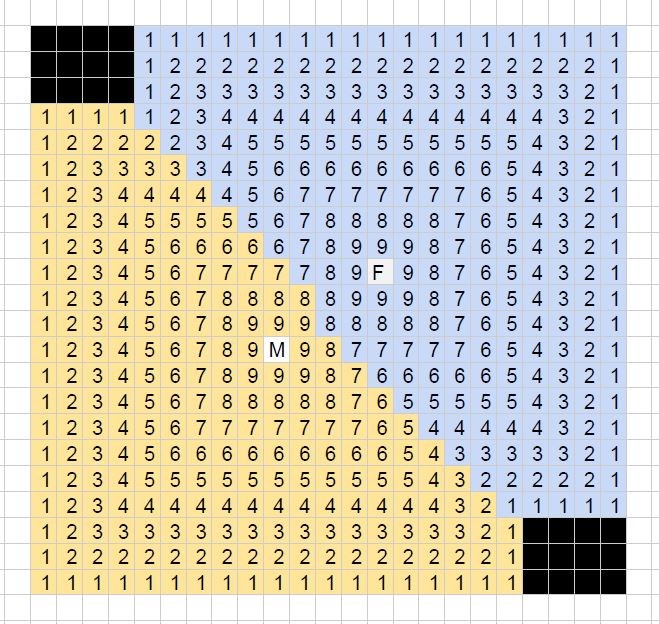 You can also bash an Altar with a maul or similar item to destroy an altar.

There are no known penalties for destroying an altar on deed if you are the mayor.