From Wurmpedia
(Redirected from Kyara)
Jump to navigation Jump to search

This is a Jenn-Kellon (White Light) settlement on the Chaos server. 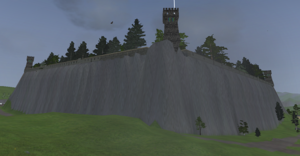 Kyara is the capital of the Jenn Kellon Player made kingdom on the Chaos wild server, and was originally founded by Eaglef and Dreammaster on the 6th beta map. It's name was made up by Teseng. Kyara is the oldest surviving town in Wurm. This is the 7th version of Kyara.

Jenn Kellon is currently at war with the Empire of Mol Rehan, but is not in a state of war against the Horde of the Summoned.