This is a helpful player on the Freedom server. While in-game try to message this person if you need help. The command for this is /tell Xallo 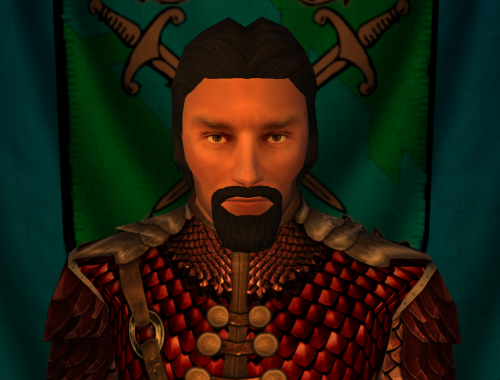 Xallo is a player who loves to help people out and give them a place to live. He has taken in many fresh out of the market players from Newtown and given them a place to live. He's been apart of many great villages, including some on the Wild server, and some on the Home server. He's flattened out many places, built tons of deeds, and helped numerous different players and villages alike. Right now, he is a Consul of Kyara on Wild, and Mayor of Muspellsheimr on Independence.

Currently, Xallo can be found improving some of the finest armour in the lands of Wurm, including both Drake and Scale. He is skilled in many trades, and many consider him to be a Master of all Trades. Still to this day, he continues to improve his ability to forge these legendary warcrafts, and one day will be able to provide everything for all who he has befriended over the years.

Xallo first started playing around 2006 and slowly worked his way up to where his old friends use to live. Actively playing in the last beta, Gold 1, and now Gold 2, he's been on and off of the Wild Server, different homesteads, and a couple of different villages.

Xallo started playing Wurm again a half-year after Gold 2 was launched. He was a member of Silent Hill with Shadaw.
Early 2007 - Jenn Kellon Home

Formed a small town called Rockport with two real-life friends, Shadaw and Purplg, as well as Overkill (who was the main reason why it was disbanded). Fort Mole harassed Rockport until the point they disbanded. Xallo then moved back onto the Jenn-Kellon Home server where he remained a hermit, playing on and off for about a year.
October 2007 - Jenn Kellon Home

Xallo got into the game more as time progressed and was the owner of his own homestead, Eagle Breeze.
May 2008 - Jenn Kellon Home

Promoted to a Consul of Coniunctis Viribus.
March 2009 - Wild

Promoted to a Noble of Kyara.
December 2009 - Wild

Xallo and Viribus are no longer Champions due to Rolf's updates!
February 17th, 2011 - Wild

Xallo has moved to the Freedom server with Alyeska.
July 15th, 2011 - Independence

The settlement of Nature Valley has been founded by Xallo.
July 16th, 2011 - Independence

The settlement of Lakeside Retreat has been founded by Xallo.
September 16, 2011 - Exodus

The settlement of Northern Sanctuary has been founded by Xallo.
June 28, 2012 - Celebration

The settlement of Muspellsheimr has been founded by Xallo.
November 18, 2012 - Independence