The Empire of Mol Rehan (often abbreviated as just MR) is a player made kingdom on the Chaos server, based on the old Wild template kingdom Mol-Rehan. Mol Rehan operates as a democracy, with all members of the Empire having a say in kingdom affairs. 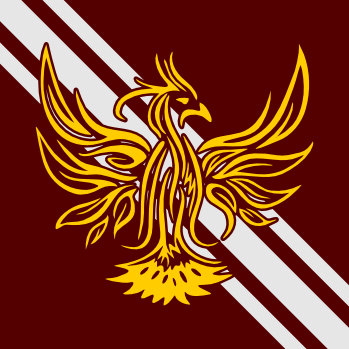 The Empire of Mol Rehan Sigil

History of the Empire

The following is a complete history of the Empire of Mol Rehan on Chaos. It attempts to be as unbiased as possible, although it does present the war from MR's side.

This section is a WIP. Feel free to contribute!

The Warlords are a closed group of MR's most loyal and long-serving players. Its main focus is on planning PvP activities, but it also handles many other high-level kingdom issues. The Warlords system allows players who have contributed to the kingdom for a long time and who have proven their trust to have a say in the running of the most sensitive kingdom issues. The only real requirements for joining are maturity and ability to be trusted.

All citizens of MR are entitled to have their opinion heard in front of the kingdom as a whole, regardless of its nature. Every citizen is entitled to one vote in the biannual War Chief election, and is also entitled to nominate themself for election if they so wish.

The Empire has a number of major deeds, with a list and description of them compiled below. This list will not attempt to include all MR deeds.

HoM is MR's capital and most symbolic deed. Back in the old Wild days and after the fall of LO, MR's first major wardeed, HoM was the village that united the kingdom and kept it afloat. Some say that without HoM and the closure of the home servers, MR on Wild would have become non-existent. HoM is MR's largest deed.

Arachnadelphia has stood the test of time for many years as a major homeland deed in Mol Rehan. Constructed in the days of the Wild server, Arach still stands to this day as a strong and active deed.

Azkaban is an eastern fortress, built on the ruins of the old HotS capital Dark Citadel, home to many players who benefit from both its proximity to the Freedom border and its friendly community comprised of new and old players alike.

Eden is by far the furthest west and most secluded deed on the Chaos server - although that doesn't mean it wasn't built for a fight. With huge walls and a number of veteran players housed inside, it has never been successfully attacked. Eden was also MR's stronghold in the brief period of the 3rd Whitelight.

Fort Freedom is a relatively new deed to the Empire, originally founded as a Freedom village south of starter town Hunter's Lodge. FF is now a strong and prominent central stronghold, with a large number of active players. FF is expected to play a key role in the continued growth of the Empire.

An island fortress founded on the abandoned island previously known as Hell's Kitchen, HC is a strong MR deed poised on the edge of the Blacklight mainlands.

Don't dare to question the ways of the Raven.

Ravenholm is another relatively new deed to the server, founded by long-standing and returned players Reincarnation and Taya, who both served as LO Mayor and MR Chancellor respectively in the glory days of Libilan Outlaws. Now, they offer another new take on PvP, with a large and friendly deed with a strong focus on recruiting new players to the Chaos server.

Valley Coveis a newly built town on the East of Chaos. Ruled over by the ever-friendly Epicphail, it's a popular destination for new players to the server, while also being home to numerous more experienced players who are always happy to pass on their knowledge.