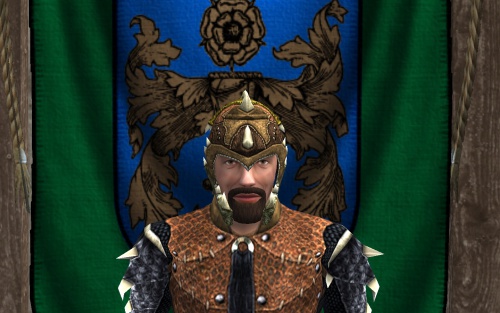 Shrimpiie is a hard working player always willing to help with questions where needed. He indulges in a wide variety of skills, but forever is paired with the revered art of Leather Working. After picking up the trade of Leather Working in mid-2012, he opened the tailoring shop of Studded Defense, which serves high quality Leather Working and Cloth Tailoring goods. He also enjoys attending community Impalongs, where one is able to relax, chat, and help others. You can usually find Shrimpiie hauled up in his quaint 2x2 workshop, and if unavailable than he can assuredly be contacted via the Forums.

Shrimpiie embarked on his Wurm journey in (late February 2012), with his companion Omega. After withdrawing from GV and making the excursion to Exodus, the pair settled in an lowly populated slice of land in the SW regions. From there, they moved just over the nearest hill to found the great deed of Blackmoor. A short move northward ~30 tiles spawned the 2nd incarnation of Blackmoor. Following a brief recess from Wurmia, Shrimpiie discovered Omega's lose of interest in Wurm, and thus inherited the Omega account as an alt. Saving up his coppers, in early 2013 he repositioned and founded the 3rd and final incarnation of the Homestead of Blackmoor.

Several months later, circa mid-2013, he moved residencies far north to Hermit Island, located on the Independence island. In the closing days of 2013, Shrimpiie reluctantly sold his deed Blackmoor to a close friend residing in that deed's vicinity; thus ending the era of Blackmoor, Deed on the Canal.

In the closing of the year 2015, he decided it was time he built himself a deed proper, December 26th, the 4th incarnation of Blackmoor was born. But it was not to be! As too many problems solved in all the wrong ways proofed too difficult to overcome, so Blackmoor Shrimpiie decided a new location would better suit the needs of a new deed.

In year of 2016, March 29th, the 5th incarnation of Blackmoor came into existence, where Shrimpiie is determined to pool his past 4 years of Wurmian knowledge into the creation of a truly exquisite deed...

In December of 2016, as winter tightened it's icy grasp across the lands of Wurm, Blackmoor stood against it, for within its walls it contained the beauty that is an Impalong, its warmth filling Wurmians old and new with the Christmas spirit of giving. The Blackmoor Christmas Impalong of 2016 drew folks from far and wide to partake in the the kindness of improving eachother's gear, games such as The Great Scavenger Hunt and Gumbo's DoND, and to defend Blackmoor against the barbarian hoards of monsters unleashed by the Game Masters.

In December of 2017, winter once again unleashed itself upon the lands of Wurm, yet the gates of Blackmoor held strong for within them the hearth of the Impalong had been relit. The Blackmoor Christmas Impalong of 2017 reopened to provide sanctuary for gear improvements, enchantments, skilling, and games such as The Great Scavenger Hunt, the gladiatorial event Wurmian Tournament of Carnage, and the new Storage Wurms.

In December of 2018, winter returned its wrath over the lands of Wurm, yet Blackmoor remained untouched, for within, the beauty of the Impalong had been rekindled. The Blackmoor Christmas Impalong of 2018 reopened to attract all types of Wurmians to improve and enchant each others gear, partake in games such as The Great Scavenger Hunt, Storage Wurms, and the gladiatorial event Wurm Tournament of Carnage, and to lastly enjoy the final night's Fireworks Show.