Guard tower is used for defensive purposes. It spawns tower guards who are hostile to enemy kingdoms and aggressive animals. 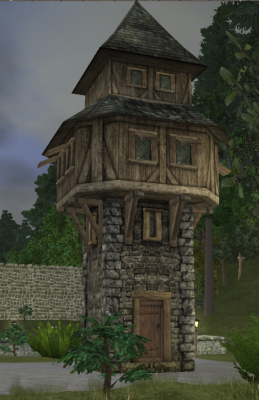 A guard tower on the Freedom Isles up close.