From Wurmpedia
(Redirected from Time)
Jump to navigation Jump to search

This page provides a rundown of the physics of the Wurm world. Below are sections individually designated to the various elements of these physics. 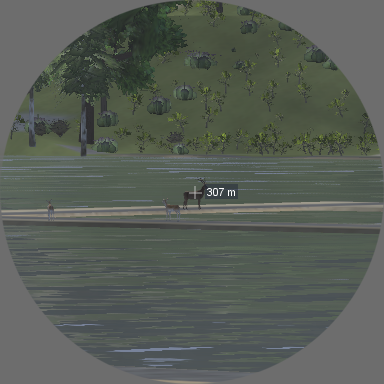 However, when it comes to measuring heights and slopes, the spyglass is not quite accurate enough to always yield reliable results. Triangulation is thus recommended in such situations: 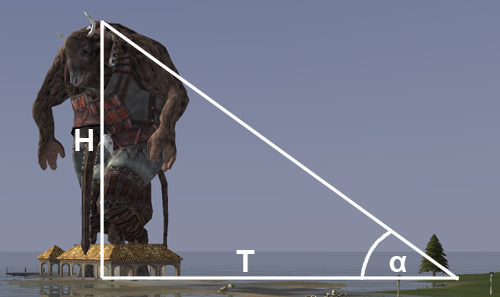 To use triangulation to determine the height (H) of an object, you must first define a reference point. To do so, take a screenshot (as shown in the example) and measure the angle (α) between the ground and the top of the object, as seen from the reference point. As we have no means to measure angles in-game, we need to use a graphics program to determine the angle on the screenshot. Additionally you need to measure the horizontal distance, which you obtain by counting the number of tiles T (remember: one tile corresponds to a distance of 4 meters). You then get the height H by using this formula:

(Please note that the result has to be rounded, due to the immanent inaccuracy of this method.) Here is a list of heights for some arbitrary objects, just to give some examples: 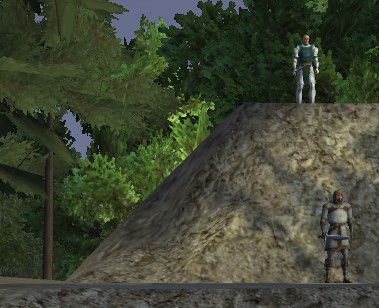 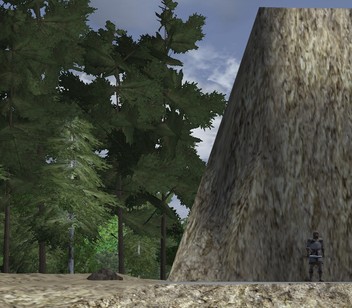 Measuring the angles and using the formula given above, we can triangulate the elevation of the platform: 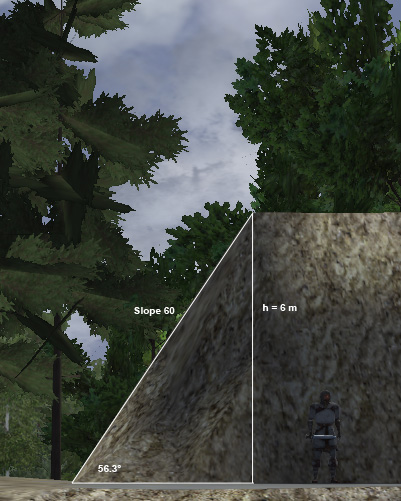 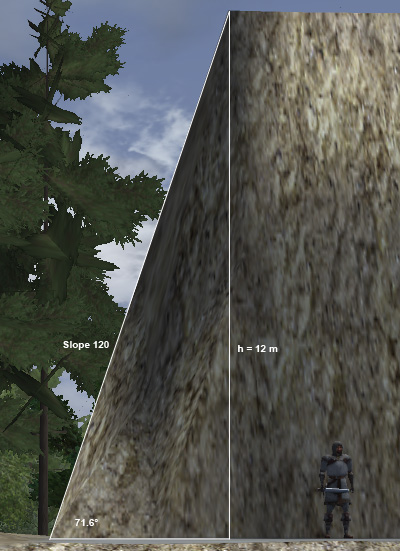 This table shows the angle for slopes spanning a single tile):

Thus, there is a simple relation between “dirts” and metric units:

Using this method, it is also possible to determine the height of a player character with sufficient accuracy:

Volume is a measurement of how much space an item takes up. This measure is often not displayed in-game. Bulk bins are the one exception.

More Notes on Volume in Wurm:

The 12 Starfalls and Associated Harvest Seasons

The Wurm year has 4 seasons:

This is the Wurm calendar, showing days, weeks, starfalls, and the seasons: 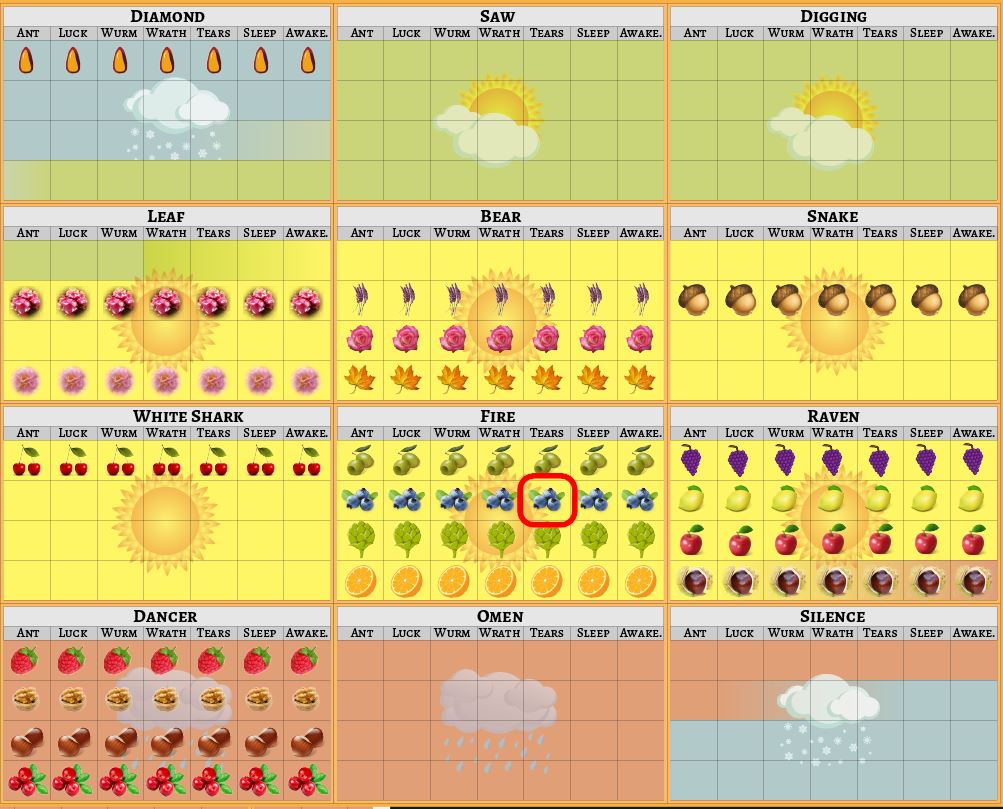 (Image taken from Yaga's "WurmClock V3", by courtesy of Yaga.)

Having 4 seasons (as noted above) means a lot of weather changes. There is no patterns to the weather other than snow is only during winter. Wind is also unpredictable but seems to follow the same direction on multiple servers. The time span for wind changes also varies.