Usually only encountered under foggy conditions, this creature is often considered an Omen.

The Fog spider is a dangerous, aggressive insect with eight legs and an appetite for players. 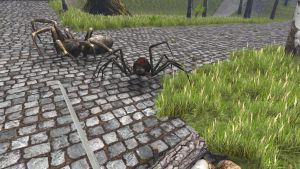